Bullfighting At The Border — The Heart Of Nogales, Sonora’s Golden Age

“There’s a saying in Mexico: ‘Cuando te pica el gusano del toreo, nunca sale.’ When you’ve been bitten by that little worm of bullfighting, you never forget it. It never leaves you.”

Diego O’Bolger was a professional bullfighter.

He grew up in Tucson and fell in love with the art of bullfighting watching Corridas de Toros at the Nogales, Sonora bullring as a kid.

Back then, in the 1950s and ’60s, Arizona tourists and Hollywood stars filled the stands in the old Plaza de Toros in Nogales to see some of the world’s most famous bullfighters perform just south of the Arizona border.

After graduating from high school at Salpointe Catholic High School, he moved to Mexico City, legally changed his name from James to Diego and spent more than 30 years in Mexico and Spain training and performing as torero.

It all started, he said, at that old Nogales bullring, with its huge white columns, overflowing with crowds from from both sides of the border.

Walking Back In Time

Chains clanged against the metal gates at the entrance to the Plaza de Toros as Lorenzo De La Fuente and his son walked inside.

De La Fuente managed the old bullring for 22 years after his dad, Mario, bought the plaza in 1964. It was the height of Nogales’s golden era, he said, and bullfights were at the heart of the city’s cultural life.

“Beautiful memories I have here. This used to be something beautiful, beautiful,” he said, his voice echoing across the vast, empty stadium.

Bullfighting died out here decades ago.

Weeds are sprouting up between cracks in the old concrete stands. And the paint’s chipped and peeling off of huge, faded murals of famous bullfighters who once performed here.

But standing in the amphitheater overlooking the now worn-down arena, De La Fuente reminisced about the good old days of the Fiesta Brava.

“On a Sunday afternoon around noon, it was jam packed. Everybody having fun. Music. Everybody having a nice cold beer, eating their tacos and waiting for the bullfight to start,” he said. “Once it started it was a hectic performance. It was something out of this world. Something beautiful. Something great.”

Lorenzo De La Fuente was a kid during the Golden Age of the Plaza de Toros in Nogales, Sonora. He visited with his father on Feb. 12, 2019.

Those who couldn’t afford to get in climbed a hill behind the stadium, where they could look over the high, white facade around the bullring to watch the toros rage against their cape-wielding foes.

“And three of four thousand people yelling at the same time ‘Ole!’ You could hear them three or four blocks away. Incredible,” De La Fuente remembered.

His son, also Lorenzo, was just a kid back then. But he still remembers the thrill of watching bullfighting greats like Luis Procuna, Carlos Arruza and El Cordobés.

“You could hear the noises. You could hear the sound that the bull would make when he came out running and he started running around the bullring. I mean, even in the stands you would get a little nervous,” he said. “But I mean, it’s spectacular. You don’t see that, I don’t think, anywhere else.”

Nogales was thriving with restaurants and curios shops bolstered by bullfighting tourism back then, says Sandra Kory. Her grandfather, Don Pedro Gonzalez, built the plaza in 1952.

“That’s why they call them the golden years. And it was a very different city,” she said.

The bullring hosted concerts and wrestling matches. Her grandfather even brought the beloved Mexican comedian Cantinflas to perform. Cantinflas, sometimes known as the “Charlie Chaplin of Mexico,” was known for his wordplay and physical comedy.

“I have a really cute story,” Kory said of Cantinflas’s first visit to Nogales.

He was there to perform his well-known bullfighting satire.

“And we had big snowstorm in May in Nogales,” she said. The plaza was full of mud and her grandfather was frantically trying to dry it up in time for the show, “and Cantinflas went to cancel the bullfight.” 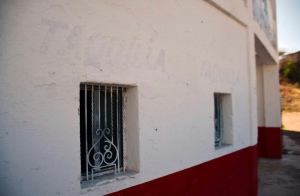 But when he saw all the work Don Pedro was doing, he changed his mind.

“And he said, ‘Only because you are doing this, I will stay and I will do it.’” Kory said. “And they became great friends and that’s why he came nine times to Nogales.”

But the vibrant, binational scene from those golden days is gone now in Nogales, Sonora, he said.

“And I would love to see it come back, but who knows if it could.”

The Plaza de Toros in Nogales, Sonora was built in 1952. But it’s been decades since it’s been used for bullfights.

Bullfighting started losing steam in Nogales in the 1970s, De La Fuente said. Most of the audience came from north of the border.

“You could say that 75 percent of our customers came from the United States and about 25 percent locally,” he said. “Our biggest days were especially when the snowbirds were in Tucson and Phoenix — February March and April. Then for the Cinco de Mayo, Fourth of July, Labor Day. We always had packed houses those days.”

But it started getting harder to cross back and forth.

“I mean, we used go across the line, just walk across come back two or three times a day. And suddenly you have to go in your car, it would take an hour, hour and a half to get across,” he said. “The people started coming less and less to the bullfights.”

It wasn’t worth it to put on the big events anymore.

When his brother built a new arena and tried to bring performances back to Nogales in the 1990s, it was a flop.

But the Plaza De Toros remains a monument to the city’s history, said Alfredo Lara, who manages the bullring these days.

“It’s an essential part of Nogales history,” he said.

Lara is taking the lead in bringing the bullring back to life. Not with bullfights, but with concerts, rodeos and other shows.

To do that, he’s working with the city of Nogales, Sonora to promote the plaza as a landmark that can draw Arizonans back to Nogales.

“We want to restore, as much as we can, that tourism that existed in those days,” he said.

But for some aficionados, nothing can replace the spectacle of the Fiesta Brava.

“That’s what it was built for,” De La Fuente said of the Plaza de Toros. “I’d love to see it here again. But I think those days are over.” 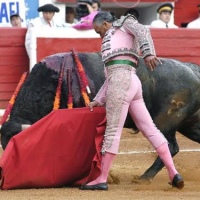 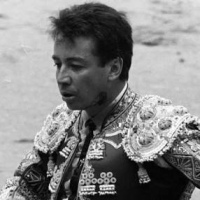 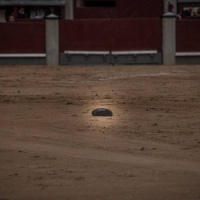