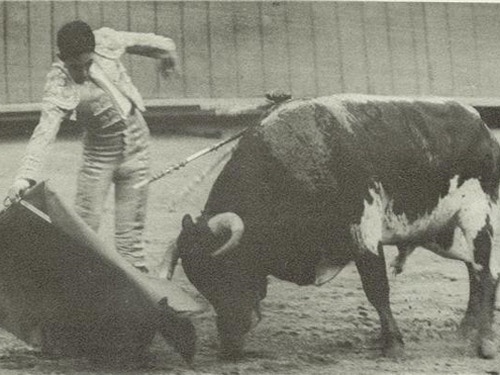 April, 11 of 1963.– Billing second-rate local talent with a ranking Spanish matador usually is financial folly in Mexico’s principal bull rings. Mexicans don’t like to see smugly superior Europeans showing up their own countrymen. But on Sunday, March 31, 26,000 paying customers crowded into Mexico City’s colorful Plaza El Toreo as Juan Silveti and José Ramón Tirado, both decidedly mediocre practitioners, strode humbly into the ring flanking a slight, baby-faced young Spaniard named Paco Camino. Native pride was not at issue. The left-handed artistry of the 21-year-old Camino was; after a spectacular winter season on this side of the Atlantic, he had come to be regarded by some Mexican critics as the greatest torero of our day. By the time Camino had killed his second bull, all of Mexico’s aficionados agreed with them: Paco Camino is “Numero Uno.”

The son of a banderillero, Paco Camino was only 18 when he took his alternative, after a short but intense apprenticeship. His first year as a matador, 1960, was a spectacular one and his monumental fights with another first-year matador named El Viti were considered by many critics to be of a higher standard than the famous mano a mano between Dominguín and Ordoñez.

Since then, Camino has killed 558 bulls, most of them sensationally. Five times the bulls have nearly killed Paco, and two years ago in Bilbao a horn ripped open his femoral artery. He was expected to die, but recovered and emphatically passed the most severe test any matador has to face—fighting bulls skillfully after serious injury.

Although he came to Mexico in November, it was just a few weeks ago, on March 21, in Guadalajara, that the country really began to buzz over Camino. The matadors, along with Paco, were two top Mexicans, Manuel Capetillo and Joselito Huerta, and another Spaniard, Joaquín Bernado. Eight bulls were killed in the corrida, but only the two of Camino were remembered. “We were the privileged ones in seeing Camino at his best,” bragged one Guadalajara critic.

Then, on March 27, in a night fight at El Toreo in Mexico City, Camino perhaps surpassed his previous performance although the bulls were bad—”the worst in many seasons,” said a critic. But if critics were unkind to the bulls, they were lavish in their praise for Camino. “The new Manolete,” said one. “Clear the way for the new king of the bullfighters,” said another, and a third observed that it would be “impossible to see Camino again as good as he was last Wednesday.”

The critics were wrong. Camino would be better.

Picked for the March 31st corrida were six “berrendos” (bulls of two colors, in this case black and white) of the so-so ranch of Santo Domingo. With them, Camino did things that have never before been done in a Mexican ring.

Camino first confronted a 1,025-pound bull named Gladiador. Without even waiting for his peones to take the frantic early rushes, Camino met the bull straight off—the kind of razzle-dazzle highly appreciated in Mexican arenas. Gladiador stopped dead in his tracks, surprised no doubt by the audacity of the bullfighter. A chatterbox in the ring, Camino carried on a running conversation with Gladiador and was finally rewarded with a vicious charge. Camino gently arched his body back into a bow and stood stark still as Gladiador roared by Paco followed with three slow, slow verónicas, and after the pic-ing took over with the muleta.

It is with the muleta that modern matadors make their reputations and Camino’s faena was excellent. He took Gladiador where he pleased, and after the first series had the bull charging straight. Once he had the bull coming on the way he was bred to do, Camino gave a breathtaking series of derechazos and naturales. Two of these naturales seemed to last an eternity, so slowly and delicately did Camino bring the bull past his body. No other bullfighter—not Belmonte, not Joselito, not Manolete, not Ordóñez—has ever done these passes with such stunning effect.

And herein lies Camino’s genius. Always the great matadors have brought something new to the corrida—an invention or the perfection of an earlier style. Paco Camino has brought a left hand that gives the famous natural a whole new dimension.

Camino killed Gladiador with the classic volapié, and he was awarded both ears. In his two triumphal rounds of the ring, hats, coats, purses and selected feminine wear were thrown to him in tribute. But even then, the more conservative critics were reserving judgment until Camino had a go at his second bull, an animal named Traguito. Camino received him with six slow verónicas, and then ran off a series of dazzling chicuelinas. On one of these the tip of the horn removed a piece of golden embroidery from Camino’s traje de luces.

Since this was to be the last bull of the season, the band struck up the traditional farewell song, Las Golondrinas. The gesture was premature; Traguito was still a dangerous animal. Ignoring the muleta, the bull was hooking purposefully at Camino, and here too the young Spaniard showed his extraordinary talent. To fight a fine bull with skill is commendable. To fight a dangerously hooking bull with skill is greatness. Camino soon had the surly old Traguito following the muleta like a lap dog chasing a rubber ball. The matador was in command, and once again he changed to his left hand, bringing the already excited crowd to its feet. “Not even Manolete did this,” said one aficionado.

“I will mention Manolete and your mother and mine,” said the first.

Camino proceeded to do six naturales in a row, drawing the bull in a circle around him.

“Now what do you say?” said the first aficionado.

“Mention Manolete, mention Belmonte, mention my mother, too, if you want.”

Paco Camino killed Traguito with one thrust. Ears, tail—everything went. Camino had closed a season and opened an era. 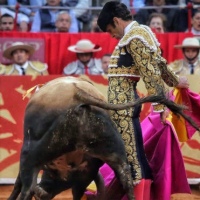 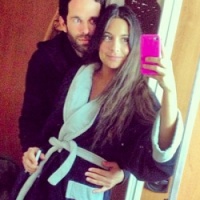 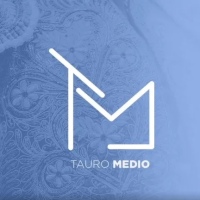